AT KATZ  BUILDERS INC. WE'RE SO PROUD OF OUR AWARD-WINNING TEAM.

Through all the phases of construction, starting from design to engineering and construction, our team is the backbone of more than 35 years, successfully serving the Austin and the surrounding communities. 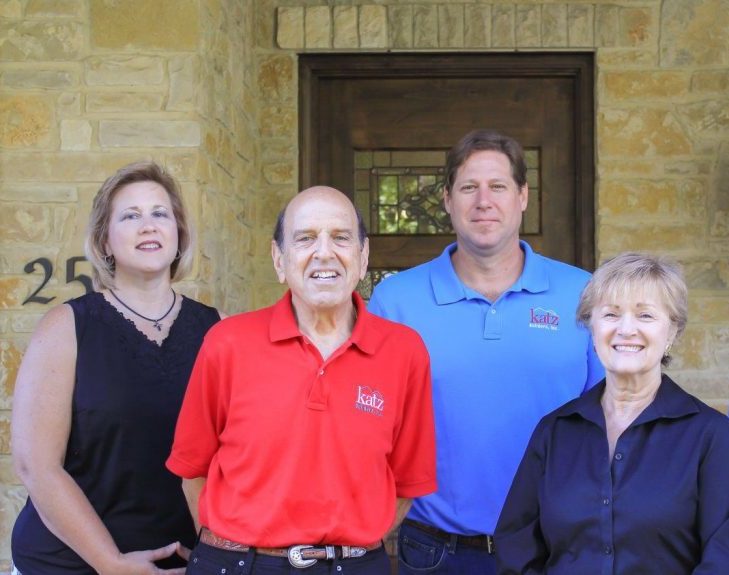 Custom Builders/Remodelers Council – Greater Austin Home Builders Association: Joel is a founding member and has chaired this group on two separate occasions. The mission for this group is to provide continuing education and a support network for its custom builder/remodeler members. A buyer’s co-op was established allowing the group to make better purchases in an effort to contain construction costs.

Builder - In the home building industry since 1989:

Cheree' has perfected the art of being an office manager and administrative assistant, while working for companies in the travel, industrial, international and medical fields. Cheree' comes to Katz Builders, Inc., by way of Houston where she worked as the office manager for another luxury custom home builder. Cheree's organizational skills are a great strength and are being put to use as she coordinates the production workflow of the homes that Katz Builders, Inc., Team is building and remodeling.

National Speaker Topics
How to Select a Builder
Realtors and Builders – Understanding the Custom Home Procecess
Reasonable Accommodations for Individuals with Disabilities
Women in Construction
Safety in the Workplace
Sexual Harassment in the Workplace (featured in the Wall Street Journal)
Setting Customer Expectation
The Holocaust: A Survivors Philosophical Perspective of History and the Importance of Commitment to Acceptance and Respect of Others Diversity

Published Author – Some Articles and Books

Books:
Published by National Association of Home Builders (1999) – “Making the Sale – Getting Great Clients to Choose You” and “First Things First, Laying the Foundation” available through NAHB Book Store
Articles:
Austin American Statesman
Home Improvement & Design Guide Supplement
May 24, 2007 – “Five Tips for Choosing the Right Remodeler”
“Ask the Experts”: Sunday Column for the Austin American Statesman:
May 12, 2007: I am looking to either build or buy a home and remodel it and want to know, as a consumer, what should I be aware of?
January 20, 2007: I’m looking to put up an enclosed patio that also would integrate a small utility/tool room and a small greenhouse. Are there builder’s plans for patios? There seem to be plenty of kitchen plan books, but I have not seen any with patio plans.
September 30, 2006: Our builder made a mistake and left out a window, what should we do?
September 10, 2006: The importance of a professional designation.
January 1, 2006: Research and careful consideration key to selecting the right builder
November 20, 2005: What is some good advise on sticking close to a budget when building a home?
October 23, 2005: Importance of continuing education in the Home Building Industry
September 15, 2005: Benefits of Building Green
August 15, 2005: What are some trends in custom home building that are most popular now?
April 24, 2005: Who is responsible for inspection my home while it is being built?
Housing Journal, Voice of New Mexico Home Builders Association:
July 2005 – Succession Planning: Can Your Business Survive Its Owner
Business of Building e/Source; Nation’s Building News and is posted on Business Management Section of NAHB’s website: Succession Planning: Can Your Business Survive Its Owner

Dallas Business Journal
November 8, 1991 – Company Policy Can Minimize Liability for Sexual Harassment
Austin Lawyers Journal - July 1990 – To Do or Not To Do that is the Questions

With years of experience as a design-build firm, we ensure that all steps of the process are completed with a keen eye for superior results, In House and on budget. Contact us today for a  free consultation.